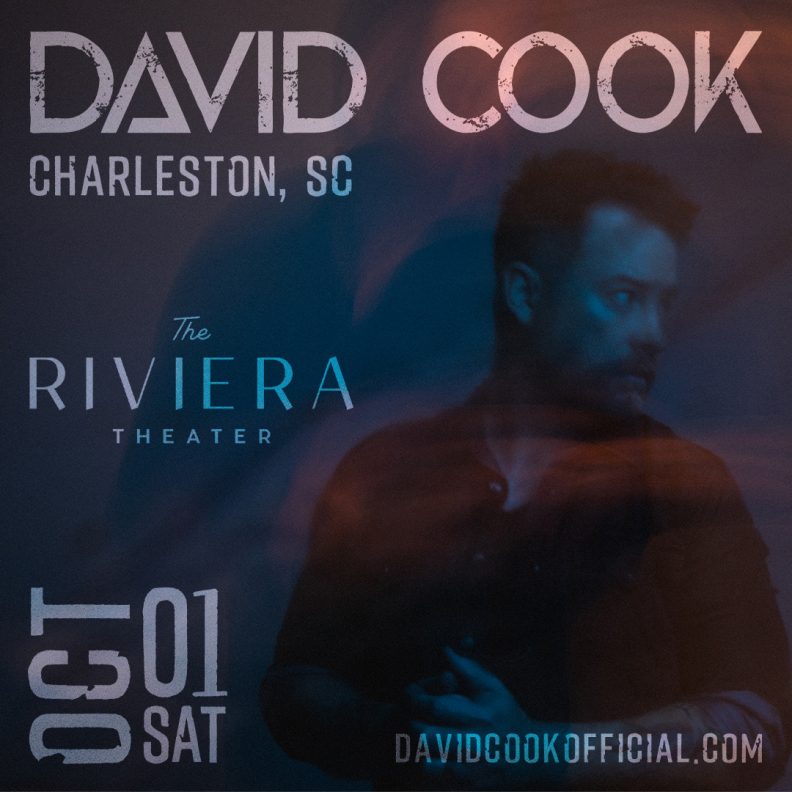 *Update 09/28/2022* David Cook’s Saturday, October 1, 2022 performance at The Riviera in downtown Charleston has been rescheduled to June 10, 2023 due to Hurricane Ian. All previously purchased tickets will be honored for the new date and additional tickets are on sale now. Additional information will be emailed to ticketholders directly.

David Cook (and yes, the same David Cook who launched into stardom following his American Idol Season Seven win – breaking several Billboard chart records when 14 of his songs debuted on the Hot Digital Songs chart and 11 of his songs debuted on the Hot 100) certainly knows his way around a good song. His first album, Analog Heart, came out pre-Idol, and his last album, Digital Vein, nicely book-ended that chapter of Cook’s career, a chapter during which he sold more than 2 million albums (including his platinum-certified eponymous album) and, collectively, more than 5 million tracks (including two platinum-certified singles) worldwide.